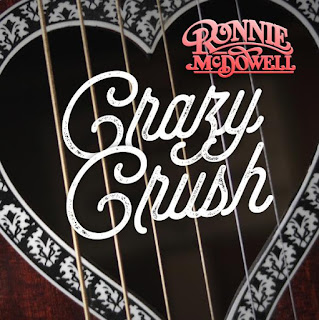 Ronnie McDowell's music, like the man, is timeless. Whether you listen to his first album, The King Is Gone (1977) to CRAZY CRUSH, his tone, his passion are as strong as ever. Ronnie has the ability to span generations as well as music genres, attracting audiences of all ages while reminiscing with his first fans from almost forty years ago.

Crazy Crush is an album showcasing who Ronnie is as a storyteller, as an artist and as a guy who just likes to enjoy what he's doing. He is the epitome of Do What You Love and the rest will follow. Because this album has such a reminiscent style, I thought I'd take you down memory lane, track by track.

The album starts out with Nashville Nights, a funky sound bringing back early days of Soul Train, showcasing that while times have changed, Nashville still has the hot spots for everyone.

One Heavenly Christmas is one of my favorite tracks. While a Christmas tune on this album might seem out of place, if you know anything about Ronnie McDowell, then you'll understand why he included a Christmas tune. Like Dick Clark, Ronnie never ages and like most guys, there's always this little boy inside the man. I've listened to this track over and over as a new book forms in the back of my mind.

I Wanna Wake Up With You is a duet reminding me of the Jim Ed Brown/ Helen Cornelius tune, Lying In Love With You.

The title track, Crazy Crush, could be a coin-flip to the George Jones classic, He Stopped Loving Her Today. Losing someone doesn't mean we stop loving them. Crazy? Yes, but when love runs so deep, it doesn't just evaporate.

With an 80's flashback in both lyrics and melody, Moe and Joe asked a similar question in Do You Ever Fool Around. I had to laugh at the title of this one wondering how many times any artist has been propositioned with 'If You Ever Wanna Fool Around...'

Red, Yellow, Black and White opens with a children's choir begging the age-old request for everyone to come together, to get along. This cut could be a tribute to Ray Stevens' Everything Is Beautiful.

Wake Me Up Before You Go Go carries over to the 'make you wanna dance' Two Step Boogie. I could see Ronnie creating another animation for this track. Would be a kick!

It Is What It Is could be the woman's point of view to the Billy Ray Cyrus classic, 'Where 'm I Gonna Live'

Remember singing lyrics we thought were correct only to find out we had our own version? That is the case with That Should Have Been Me. I think Ronnie's vocal version is more appropriate than the title listed on the CD cover.

Without You has a Gospel undertone with a bit of The Platters coming through.

Soul Mates carries us to the islands. A tropical sound evoking romantic walks on the beach beneath an island moon.

Whether we've lost someone through death or ending a relationship, there's always that moment when we wished for Time To Say Goodbye.

One thing I've always enjoyed about Ronnie McDowell's music is he can carry you from a romantic ballad to a dance step in a split second without giving you whiplash. Good Ol' Days is a request for simpler times.

Wave On Ole Glory takes its place along side other great tributes to our Nation's flag. I will be showcasing the video for this track in a future post. 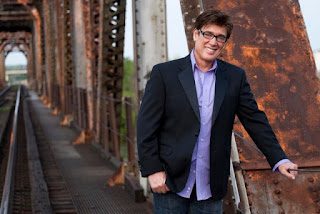 With ten of the fourteen tracks co-written by Ronnie McDowell, the album is an outstanding showcase of this multi-faceted man. He has stayed true to who he is as an artist and delivering the type of music that has built his fan base all these years, while giving him the opportunity to add new ones as he continues his journey.

Here's a video of the title track: