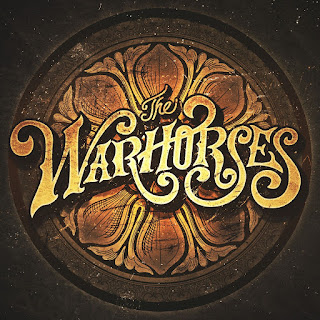 We're getting back in the swing of things here in Kelly's Country and what a way to start. This week I have a relatively new group to introduce you to. They've been around since 2014 but people are finally beginning to take serious notice of these five guys. They call themselves 'The Warhorses.

Their self-titled album fits the group name well. Nearly every track connects with a group member in some way ... making this the perfect album for everyone who listens to say 'I hear you, man. I've been there.'

Casey and Seth's songwriting talents (as well as Lang Freeman and Clay Shaw) shine on every track while the music from all of them bring the pieces together in a fantastic album. You'll hear influences of southern rock, jazz, and blues. As I listened to each of the ten songs I heard notes of Marshall Tucker Band, Townes VanZandt and Arlo Guthrie.

One of my favorite tunes is Hear You Sing Along. The guitar lead is exceptional and sets the tone for the emotion Casey needed to convey to his wife, his inspiration for the lyrics. I Drink Whisky is one of the best true country songs I've heard in a long time. Check out this video and see if you agree:

There were a couple of spots that came off a bit flat but I think the challenge was more about trying to carry the lower notes but did not deter from the over-all song. Casey's pure southern roots carry over, giving this album the authenticity The Warhorses strive for.

The raw vocals are a far cry from what some people are trying to sell as country. These guys touch a chord with folks from the Red Dirt road to city folks craving to break out of their cubicles and have a good time. Casey sums their sound up best - 'What you see and hear is what you get... We just want to be known for playing good  music, being good musicians and good dudes.'

The Warhorses have traveled far on the musicians journey and this album is only a whisper of the stories they have to tell.  I'm tipping my hat:

The album was released October 7. Purchase your copy at one of the following locations: 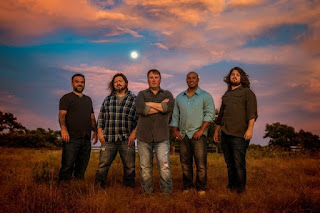 You can find out more about the guys and follow their journey on various social media sights: