I've known about Jesse and Noah's musical talent for years yet never searched them out to really give their sound a listen. When I heard the guys do Gambler's Heart on their family reality show, Honky Tonk Ranch, I knew I wanted to bring them out of the shadows for my readers. 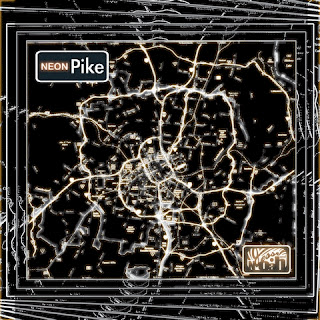 NEON PIKE showcases the wide range of musical influences, and not just from their famous Bellamy Brothers family (dad, David Bellamy and uncle, Howard Bellamy). The album is a melting pot of Americana, 60's, 70's, 80's as well as enough mainstream tone to keep the tracks relevant for today.

Unconfined emanates the 80's country I fell in love with when I interviewed The Bellamy Brothers the first time. Dreams for Days falls right into place with the type of beat that will have you comfortable on the dance floor, with or without a partner. Gambler's Heart features The Bellamy Brothers.  (See yesterday's Out of the Chute for the video)

The title track, Neon Pike, almost becomes an island. Though the sharper instrumentals of  the track fit with the story they want to tell. Tell It To My Tears creates a path between the island and the pop sound forming the majority of the album. I'll Run Away reins things back in to more of the pop country the album opened with as does Samantha by Starlight.

The most beautiful surprise on the album is 'Lina Rose. A bluegrass tune featuring Jack White's fiddler, Lillie Mae Rische and her sister Scarlett (mandolin)

The final track, Chances, carries a haunting note with an intriguing back beat as well as really bringing the brothers' harmony to the forefront.


“The challenge for us has always been that we’re not traditional enough to fit with the traditional crowd or pop enough to be pop country,” says Noah. “Jesse had been writing songs since he was 12; I got into it later because I was concentrating mainly on playing guitar. By the time we moved to Nashville we were both eager to learn ..."

While the music of Jesse and Noah has had so many influences throughout their career, they have also taken those influences and created a unique style that lets them stand out from the rest. They are truly what the indie movement is all about... take everything you learn, add your own bit of spice to create something new, refreshing and pure. NEON PIKE is an album with something for almost everyone.

Rating this album was hard for me, for the lack of 'country'. That said, there was a lot of this album that spoke to me.

You can pick up your copy today on iTunes

In the mean time, follow them on their various social media platforms: 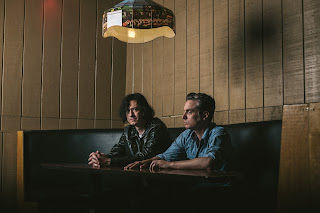