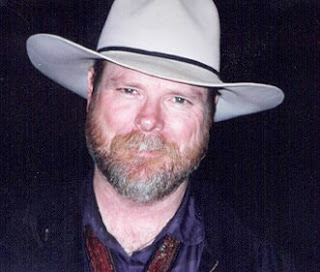 March 25, 2009 marked an end of the life for one of the most down to earth people in the music industry.

One look at a picture of Dan Seals’ smiling face and you know he was genuine.
From way before his early career as part of England Dan and John Ford Coley to his days on the country music charts, Dan Seals’ heart never skipped a beat when it came to people. With a career spanning four decades in both the pop and country venues, Dan touched everyone he met with his music and his compassion. No one was a stranger.

My first memory of Dan Seals came in 1976. The lyrics for "I’d Really Love To See You Tonight" and their follow-up hit ‘Nights Are Forever Without You’ struck a chord with American teenagers in love. "It’s Sad To Belong to Someone Else" still rotates on my play list when I’m working on a romance novel.

In the 1980’s Dan moved onto the country charts as a solo artist (Bop and All That Glitters) and as a duo with Marie Osmond (Meet Me In Montana). These hits showed a cowboy side of Dan, the Texas born and bred man his family knew existed all along. In recent years, Dan was touring with his son, Jimmy.

Like any legendary cowboy, Dan was all about making the world a better place to live. On the links I visited in researching forgotten memories, one quote kept reappearing on the pages…
The earth is but one country and
mankind its citizens
Dan left behind a loving wife—Andi, their four children-- Jimmy, Jeremy, Holley, Jesse. Seven grandchildren-- Megan, Abby, Zachery, Ruby, Kathrine, Robert and Luca. His brothers Jimmy (of Seals & Croft), and Eddie (Eddie and Joe) and his sister, Renee are also among his close-knit family left to remember the tender soul who touched so many of us.
Please take a moment to visit his web page http://www.dansealsfanpage.com/mypage216.htm
and send a memory to his family.
Country Blessings, Dan, on your journey.
Posted by Kelly at 2:38 PM