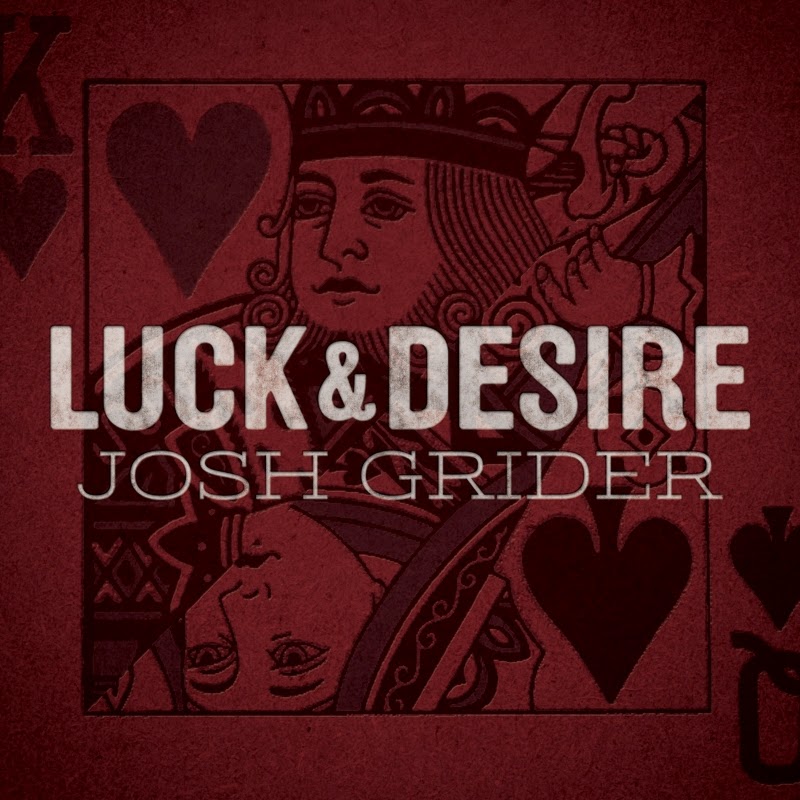 Very few albums pull at my soul. That word or phrase that resonates with the part inside of me that wants something more but I can not quite put my finger on. There is a linear connection in the melodies bringing a tear one moment and has me laughing the next. I've not experienced this connection with an album since the classic country I grew up with. So I was not surprised to read these are the same type of songs Josh Grider grew up with. And while he remembers where he came from, he has the ability to bring those emotions with him into a new generation of country without making us feel like we should be listening to a pop station. This album belongs on a country chart.

Josh Grider may be a new voice on the scene but he is a consummate veteran with a skill for writing from his heart and knowing when to let others in. LUCK & DESIRE is a well-crafted collaboration with other talented writers and musicians who know how to tug at the heartstrings or tickle the funny bone.

At first I did not see a ‘theme’ to this album. I felt as if Josh was just all over the place with a potluck of songs. I could not have been more wrong. As I listened to the CD over and over (and I’ve kept it on a play loop since ripping it to the laptop) something happened. I bonded with each tune. As in any new relationship, LUCK & DESIRE is a compilation of 12 tracks that takes the listener on a tour of emotions. From the opening strains of the title track full of new and wonderful expectations to the party atmosphere of One Night Taco Stand, Josh Grider courted me.

Several songs, like Only Vinyl, have the ability to be chart topping singles. Upbeat tracks such as Anything Can Happen, White Van (already a hit single!), Boomerang, Here We Are and Can’t Stop remind me of tailgating with friends on a summer night. But there’s that part of the evening when you want to slip away with that someone special. High Enough, Haymaker, Skin and Bone, Pontiac are for those quieter moments

I think we spend so much time looking for a song that has us singing along or dancing to that we sometimes forget the artist wants us to also feel something deeper, less tangible. Whether you are a traditionalist at heart or like your country with a bit more pop, Josh Grider pulls out all the stops on LUCK & DESIRE for anyone who cares to listen.