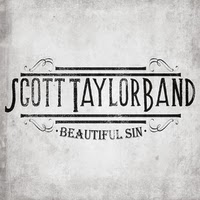 In today’s market there seems to be a lack of solid country music. The 'hold that special someone close, glide across the dance floor' kind of country. Songs that tell stories. If this is the type of country music you remember, you hunger for, then this album deserves extra helpings. 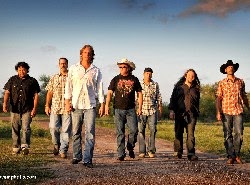 BEAUTIFUL SIN is the second album by The Scott Taylor Band and winner of Album of the Year at the 2014 Texas Music Awards. The CD serves up eleven tunes by some of the best songwriters who know what a country song is suppose to convey. Ruby And Red Wine sets the tone and is one of six bearing Chad Hudson’s signature songwriting style on this album, including the title song. A myriad of other talented songwriters lent their lyrics to create a first-rate line of tracks flowing seamlessly from one to the other. And while well-written, Scott Taylor's voice (along with the talented musicians who help make up the band) brings the images and emotions to life.

The cover of the classic Willie Nelson tune, Funny How Time Slips Away, stands out on this album. Scott shares the vocals with his dad, Mike Taylor. The song also garnered the guys a Texas Music Award in March of this year for Best Cover.

As with any good show, BEAUTIFUL SIN closes out with an up-beat, ‘see ya down the road’ number. If you’ve been despairing lately of the fate of country music, Chug (written by Jarrod Birmingham) leaves you with certainty this old-fashioned country tune, like the ten other tracks leading up to this one, is a sign of things to come.

I give BEAUTIFUL SIN

You can purchase your copy at any of these fine outlets:

My Texas Music
CD Baby
iTunes
Posted by Kelly at 11:03 AM