TURNTABLE TUESDAY - This Much is True 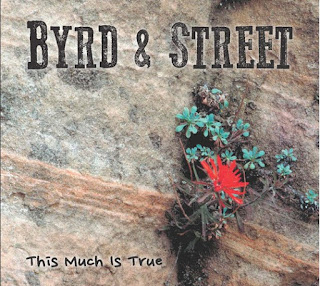 When you've reviewed as many albums I have over the past several years, finding fresh words to inspire  a reader to add the cd to their collection becomes increasingly different. There are only so many adjectives in the English language. The challenge becomes more difficult when you review albums by the same artist from year to year. THIS MUCH IS TRUE  of this week's Turntable Tuesday.

Just when I think Byrd and Street can't top their previous release, they get more creative. Like an author who writes one best seller after another, Byrd and Street bring us something new and beautiful - while maintaining true to their voice.

Like the cover, the music is simplistic yet deep. Each track flows seamlessly from one to another clear as a mountain stream flowing over a bed of rock and sand gathering the nuances of the artists whom have influenced them along the way. Voices such as Lyle Lovett, Pete Seeger, Peter Paul and Mary.

THIS MUCH IS TRUE is an artistic look at America. From Eighty Dollar Guitar, A Man With A Cardboard Sign to Mighty Long Road, Watch The River Flow and the classic Shenandoah. Each of the fourteen tracks form the Kumbaya of our time.

For the relaxing simplicity of  each tune, perfect for a background loop when I'm working, I'm tipping my hat: 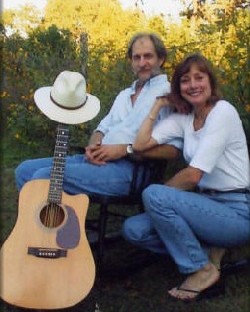 You can catch up with Tommy Byrd and Kathy Street - otherwise known as Byrd & Street as well as purchase information for the CD...