HOW THE 'COUNTRY ANGEL' CAME TO BE 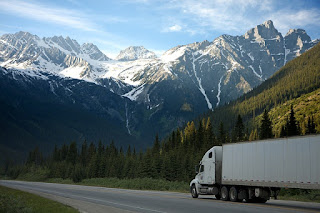 My story began long before the tag 'Country Angel' became a part of my life. I lived for the radio for as long as I can remember. Nerdy as this will sound, as a young girl I used to pretend to program the playlists on the stations I listened to. Often times, I would be thinking of a song, turn on the radio and the song would either be playing or would come up next. Freaky, right?

For my thirteenth birthday my natural mom sent me a transistor radio. Remember those? 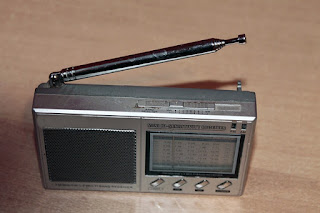 I would burrow beneath the covers at night with my ear pressed to the speaker as I drew in AM stations from all across the country. Two of my favorites were WLS - Chicago and WSM - Nashville
As I drifted off to sleep, I'd sometimes remember to turn the radio off so the batteries didn't die before morning. We only went to town once or twice a month and I didn't want to be without batteries. Though the 9-V did last longer than the AA other items required.

Radio tunes got me through some tough times over the next few years and I identified with a lot of the songs on the country stations. Cheating and lonely housewives seemed to be a recurring theme. After a failed marriage I moved to Baton Rouge with my sister, her husband and two kids. She got me a job where she worked at Dixie Electric Co.  I loved my job. Friday nights we'd find a club to hang out and Saturdays there was usually a live broadcast remote somewhere. I loved remotes. They often gave me the opportunity to be on-air and talk to other folks who got where I was coming from.  At one point I even applied to a broadcasting school in Denver. But life intervened and I never got that far.

When my brother-in-law was sent to Diego Garcia unaccompanied, we moved to Virginia, where my sister and the kids would live during his deployment. Somewhere along the trip from AR (we had back-tracked so Dan could see his family before deploying) and Rapidan VA I talked with a truck driver on the CB. He tagged me The Country Angel.. and the moniker stuck. Somewhere I still have the license plate bar I had custom-made years later.

My next stop was back in IL. I made friends with program directors and air personalities at WXCL - Radio in Peoria. I'd stop by remotes and often get to help out. I was even privileged to attend some of their company events. There was a real camaraderie. Whether it was at the station, a concert or other events I felt at home with everyone and in the business. 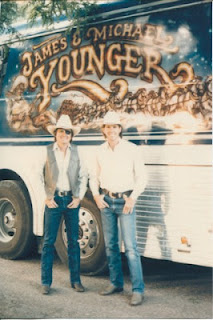 To back track a minute, while in Baton Rouge I met The Younger Brothers. They would later become known as James & Michael Younger as a result of a name dispute. The group and I connected several times over the years. What they didn't know until eight years ago was that when they handed me singles I was hocking them around to radio stations in my area, pushing for airplay. James told me the last time we met at his house if he'd known that he'd have put me on the payroll because their label was doing jack! I guess you could say that period in the mid-1980's is when Country Angel Promotions began.

I designed posters and promoted a lot of local groups for free access to their shows. They were small time but I was cutting my teeth on something I knew was my soul.

Most of the time when I attended shows, I went with my photographer, Nancee Thomas (Lewis). She worked for a local promoter and we got our tickets for working the phones. We had a great partnership until she decided to move to Nashville. From there I was on my own and often handed tickets from the station or I'd get a front row ticket last minute because single seat were easy to grab.

One of the most memorable I obtained on my own was a meeting with the late Faron Young. He was everything they said he was... and a lot more no one every talked about. He was a kind, gentle guy just trying to be himself while pleasing everyone else. That's a tough tight rope to walk. He gave me the nickname Pooh Bear. The day he died, I began collecting Pooh Bears.

Time travel to almost eleven years ago. I'm retired and able to devote time to music. I spend my days networking with amazing artists and promoters. I have Duane Allen from The Oak Ridge Boys to thank for hooking me up with Webster PR. My other real gratitude goes to Howard and David Bellamy. I'd met them a couple of times in Peoria over the years. The first year we moved down here, they were playing locally and I scored an interview. As I sat on the bus waiting for them and visiting with their wives, David came out of the back. His first words were 'what are you doing here?' I guess south central MO was the last place he thought our paths would cross. I never missed one of their Central IL shows and we often chatted as the crew loaded the gear afterwards. He had remembered me from all those years ago in Peoria. We now have each other's numbers so that eight years don't go buy without us connecting again.

Since Duane's assistance I've met some amazing people out of Nashville as well as being able to make my own connections in the Texas and Bluegrass communities. And while I'm not making a killing at this biz, I'm doing what I love, building a resume so that maybe someday, someone will note the value of what I do.