OUT OF THE CHUTE - Jaryd Lane

I apologize for this post running a day late. I got an early morning call tht thirty bales of straw would be delivered. I spent the day putting them in place for my Spring 2018 strawbale garden.

Today, we're opening up the chute for Louisiana artist Jaryd Lane. I've been following/ supporting Jaryd for about three years. His music is a fine mix of smooth aged whiskey and a bit of the harder stuff you want on occasion. With the release of Jaryd's newest album, American Country Southern Rock n Roll brought the perfect opportunity to find out a bit more about the artist and his music. 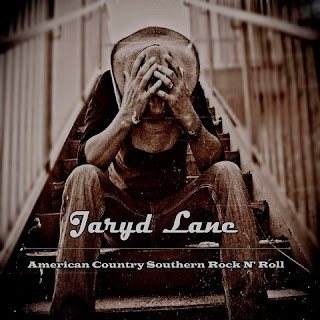 Thank you, Jaryd, for taking the time to do this and on short notice. Wishing you great success with the new release.

1. One of the things I admire in your music is the raw intensity with an undercurrent of smooth soul. I know your music comes from the heart but style is something you build over time. Would you share something about how you found and developed your style?

At the end of the day we as artists are just a product of our influences. For me, that list is pretty long, but some of the artists that come to mind are the ones that I can say I own the entire album collection. (Bob Seger, Hank Jr, Eagles, Tom Petty, Lynyrd Skynyrd). It’s like listening to their bio. That’s what I admired the most. Songs with meaning. Our style has definitely developed over time. I don’t think we found our true sound until we were around 3 albums in and it grew from there. Playing live a lot has been a huge part of our sound also. You find ways to play and record songs that you would never create stuck in a studio on the clock.

2. American Country Southern Rock n Roll released on the 27th. What makes this album different from the previous five?

For one, this is the 1st album that I’ve recorded entirely with my live band, The Parish, and not session players. So we cut it just like that, live. We hung out, cooked, recorded, drank and made music. The process as a whole was real loose, but organized at the same time. We’ve also touched on topics that we never have on this one.

3. How do you keep that Jaryd Lane your fans expect while bringing something new to the stage from one performance to another, year after year?

I’ve always said, even as an artist, I’m still a fan of music. I’m always looking and listening to things that inspire me so I’m constantly learning and picking up tricks from other artists that I can incorporate into our own shows. We always try to ­­add something to the songs we’ve recorded. We never want the fans to say we could have stayed home and just listened to the album.

4. Your music has an almost transparency into Jaryd Lane. Do you ever regret being that open?

I think the great thing about songwriting is that I can write the songs from a personal view but the listener can take it and put his own perspective on it. I’m actually a pretty private guy but of course there are some songs that are quite obvious where they come from. We as artists grow and evolve just like everyone else and I think the listener wants to feel the same and feel that connection.

5. You’ve opened for some of the artists who inspired you growing up. Who was the first one you opened up for and how did you feel?

The 1st artist was Edwin McCain. I’m a huge fan of what he does. He was probably one of the 1st other than James Taylor that inspired me to pick up an acoustic guitar and write songs. The music is really acoustic rootsy based and that’s what I’ve always loved and still love the most to this day, acoustic stuff. I kinda wish I wouldn’t have been so nervous at the time I met him because I would have loved to chat more and pick his brain on the business. But I was real green at the time, so all I could do was say hi and thanks for letting me do the show lol. Hopefully we can do it again sometime.

6. A lot of artists come into the business thinking they know how things work. What was one of the misconceptions you had about the business early on and how did you turn that around to work for you?

I think the moment you think you actually know it all in this business your ego has taken over for the bad. It’s a constant learning process. There’s nothing in this business that says if you do A you can achieve B or C and so on. I think the biggest misconception I had when starting is that you had to be a huge superstar to have a music career. Well I learned quick that everyone has their own interpretation of what a Star is. It’s for some and not for others for sure, so we’ve used the tools out there these days for Indie artists and have been continuing to grow that to control what we do and not be a puppet on a string so to speak.

7. You’ve had some things that didn’t quite work out over the course of your career. You are an indie artist. What do you feel is your greatest asset or strength as an indie?

We’ve definitely had some downfalls but I have to say with each one it was a learning process and there were some good things that came out of it. I’ve made some great connections and relations with folks in this business and some of the best ones are thru situations that didn’t work out but it has helped in being an indie artist in some shape or form. I’d have to say the greatest asset of being indie is being in control. We take what we do very seriously and want to make sure what we put out represents us in the best way possible. As indie artist we are able to do just that.

I think the biggest thing and the thing I see even myself from the folks I look up to in this business is that we are real. We have the same problems and struggles as everyone else. We just share it differently with everyone and hopefully that helps others to deal with things, good or bad. Other than that I’m actually a pretty shy and private guy who likes staying home on weekends when not on stage and hanging with the family, cooking out and drinking a few cold ones.

You can get your copy of American Country Southern Rock n Roll through Jaryd's website link. 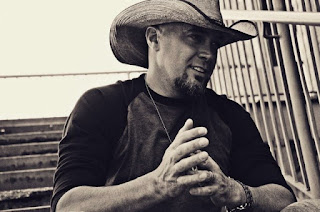