OUT OF THE CHUTE - Dusty Richards 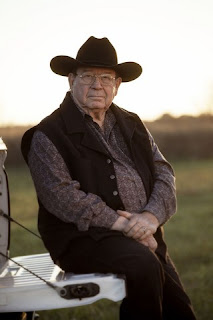 Dusty Richards has always been a cowboy at heart. He went to a roundup at seven years old, sat on a real horse and watched them brand calves on the Peterson Ranch in Othello WA. He was thirteen when his family moved to Arizona from the Midwest. With a horse of his own, ranches to work on, rodeos to ride in Dusty knew he'd gone to heaven. His mother worried he'd grow up to be an "old cowboy bum".  Dusty had higher sites.

Since English teachers never read westerns, he made up his own book reports like "Guns on the Brazos' by J. P. Jones where a Texas Ranger saves the town... and the girl. He sold them for a dollar to other boys when teenagers were lucky to earn fifty cents an hour. Those book reports kept him and his buddy in gas money to get them back and forth to high school

After graduation from Arizona State University in 1960, Dusty moved to Arkansas where he ranched, worked as an auctioneer, announced rodeos, worked in management with Tyson foods (32 years), anchored TV news all while struggling to get his first book sold.

His first book, Noble's Way, sold in 1992 and the wagon train hasn't slowed since. His publishing list counts over 100 novels under Dusty Richards as well as pseudonyms.

In 2003, The Natural won the Oklahoma Writer's Federation Fiction Book of the Year. He followed in 2004 with a second win, this time for The Abilene Trail - a Ralph Compton novel.

Dusty invests a lot of his time helping others who want to learn how to write. According to Dusty there is no difference in writing any kind of fiction. "You simply change the sets, costumes and dialect." He speaks at conferences and has served on various organization's board over the years including Western Writers of America and Ozark Creative Writers and continues to do so.

This Friday, November 10, Pioneer Woman, will release in theaters. The movie is based on The Mustanger and the Lady. 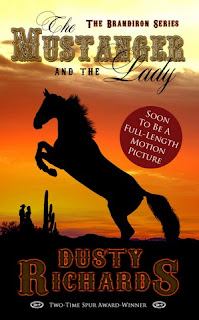