TURNTABLE TUESDAY - Fire Out of Stone 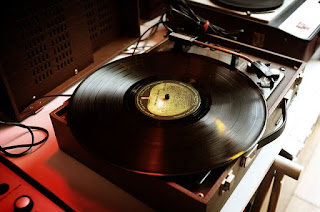 Welcome back to Turntable Tuesday!
While I was taking time off, a lot of great new music came my way. For the next few weeks I'll be playing catch-up, introducing you to some new folks as well as some return guests... folks like Chuck Hawthorne

Chuck released his sophomore album, FIRE OUT OF STONE, back in late July. The reviews are amazing... and rightly so. Michael Martin Murphy refers to him as 'best songwriter I've heard in 20 or 30 years'.

Adam Carroll, whom has been here as well says the following:
“For me, hearing Chuck’s music for the first time was like discovering buried treasure. He’s gifted with a poetic sense that transcends the ages, but  also reflects the best of folks, in the time we live in here and now. Yes sir, both as an artist, and a person, old Chuck will always have your back.”

For me, (good friend not withstanding) Chuck Hawthorne is one of the most talented songwriters to come out of Texas. Nine of the ten tracks on this album flowed through his fingers over the years, being brought together by one serendipitous moment. That moment whispered in his ear as he listened to the final recordings of the late Richard Dobson. (See THIS LINK for my interview with Richard in 2014)

Of all the songs from this album Chuck put on YouTube, I wish he'd included the Dobson tune, I Will Fight No More Forever, so I could share it with you. You'll just have to pick up a copy of the CD to grasp the Dobson-infused tune.

Before I get into the review of the specific tracks I have to add that when I read how this album came to be, I cried. Knowing that Richard's wife, Edith, had sent the copy of his last album to Chuck, and imaging the conversations they must have had about this album prior to Richard's passing tears at my heart. As the saying goes, 'C'est La Vie - Such Is Life. Since the album opens with this track, let's listen to that tune before we get on with the review

From Such Is Life, the ride takes us into Amarillo Wind (See Official Video HERE)
The album, produced by Walt Wilkins and Ron Flynt, is beautifully mastered. Each track blends seamlessly one into the other, weaving a mesmerizing tale of life. Unlike his first album Silver Line, I can't begin to pick a favorite tune. I could sit and listen to this album for hours. I suggest you pour a nice glass of wine or your favorite liquor, kick back and close your eyes. Let Chuck Hawthorne take you on a mystical journey that is sure to make you think... feel... reminisce .... and be thankful he passed this way.

Someday, someone is going to send me an album that deserves a low rating. FIRE OUT OF STONE deserves only the best hat tip. I'm sure you'll agree 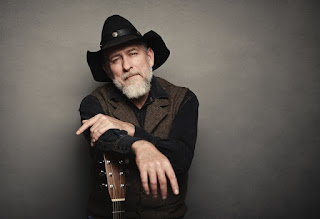