OUT OF THE CHUTE - Ray Benson - Asleep at the Wheel 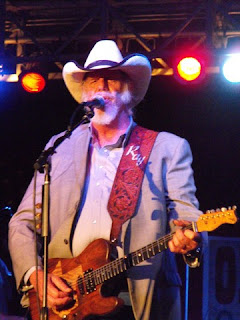 Few people in the Texas music circuit bring out the 'fan' in me. I've always looked at entertainers as people with a job, just like the rest of us. They are blessed with a talent that allows them to make a living doing something they love. But I have to be honest, I have never been more nervous about an interview in the 25+ years than when I had the opportunity to sit down with Ray Benson - legendary leader for Asleep at the Wheel.

Thank you, Ray Benson, for your time.
Also a shout out to Ferrin and JP for helping to coordinate this opportunity.

You are an enigma, Ray Benson. Philadelphia boy becomes a Texas icon by way of California with a pit stop in West Virginia. Have you always been in control or were there times when you felt caught in a snowball on a downhill?

I’ve never felt in control. (laughs) not really. Every night’s a different place, different things. The band has had 190 people in the band, so every day is like ‘what’s going to happen today?’ Buses break down, you have hit records, you have duds, you have nothing, you have something. So I just enjoy it.

When you went back to West Virginia, for the filming of 'Then And Now', you said the cabin was smaller. So what's your fondest memory of the cabin?

We had a generator that we finally got running and we were able to plug in our instruments.  Otherwise we were playing acoustic. But yeah, it was great, wonderful. And we lived in this log cabin just like it was 1800s. this was a stage stop on the road. Just imagine. There was one big room and a kitchen. And the big room had a fireplace and a loft. That’s how people lived.

When you first played in Texas, did you have the sense of 'coming home'?

Absolutely. We opened for Commander Cody at the Armadillo. Then we met Willie playing another joint. We rented a house as soon as we could.

(There's something about Texas...)
Well, it’s it’s own little thing and we played Texas music so they were hungry for it. And there were no young bands doing what we did so the older folks were like ‘wow’. It was that whole generation gap so a lot of the older folks could come see us with their kids.

With the turnover of band members through the years, what do you think is the secret to keeping the continuity of what is 'Asleep at the Wheel'?
Everybody who joins the band learns what came before, then ads their own personality and take on it. And that’s how it works. There’s nothing written. You listen to the records and the tapes of the previous person(s). Now they can go on YouTube back to 1980.  Reinterpret it and do it your own way and it comes out as it does… seems to work. 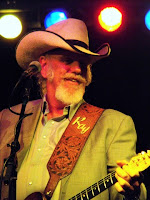 You can catch up with Ray Benson and Asleep at the Wheel on the road. Check their Tour Schedule for a stop near you.

And by following their Social Media locations:

Labels: Asleep at the Wheel, Out of the Chute, Ray Benson