OUT OF THE CHUTE - Rich Price - Western Songs

Running Out of the Chute today due to unforseen issues on his end, preventing us from running on Monday. Thank you for your patience. 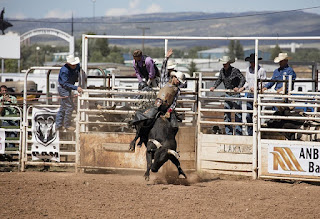 While doing my interview with Rex Allen, Jr for the articles on him and his dad for Saddlebag Dispatches magazine, I became acquainted with Rex's media rep, Jennifer Herron. In turn, I've been introduced to other talented folks keeping a 'lost art' alive. Folks like, Rich Price. 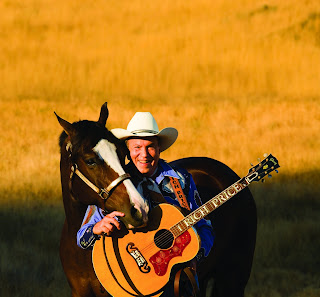 "When western is marketed properly, I believe that the westen product is an elegant product that is easy to market, and is a product that all mankind is proud of." ~ Rich Price

1 – How old were you when you wrote your first song and has that one been recorded?
I was thirteen when I wrote my first song, Santa Fe Special, and it was recorded for Adonda  records and is in Adonda's third Rich Price Album, "The Singing Sierran, Rich Price, Western Songs."

2 – How did you get the gig at Yosemite? Can you tell us about the ‘interview’ experience?
I spent four summers working at Yosemite National Park as a singing cowboy during my college years at the University of California, Berkeley, California. I was able to obtain that position by using as a reference the invitation to return to my previous summer position which was working as a singing cowboy and trail guide in Northern California's Feather River Canyon and Trinity Alps mountain area.

3 – What do you think it is about country/ western music that draws the attention and fandom of countries like China, Switzerland, etc?
I think that country and western music draws the attention and fandom of countries like China and Switzerland with its wide range of appeal because the music appeals to and addresses what is important to the human mind, the idea that your dreams can come true if you work for what you believe in no matter what the odds are against you. It sings of and teaches that you can succeed and win if you are courageous and brave, and unrelenting in your willingness to prevail, regardless of the odds that are against you.

4 – Many service men who are also musicians often perform during their tour of service. Did you perform during your tour in the Army? Did your time of enlistment enrich your songwriting or performing?
As a service man who was also a "singing cowboy", my tour of duty did enrich my songwriting and performing by giving me the gift of meeting folks at Fort Benning's Infantry School in Georgia, and Fort Holabird's Intelligence School in Maryland, and with tours of duty at Fort Lawton, Washington, and at the Pentagon in Washington, D.C..I ended my military service as a Major, and treasure each place and person that  I met and with whom I spent time, and who gave me memories and feelings that helped create many songs.

5 – As an author, I’ve often heard that Western doesn’t sell. Have you heard something similar? And if so, how do you respond?
I have also heard the concept "western doesn't sell". And from the little I have written above, my answer is probably obvious in that "western" to me is "life itself".  I think that you first have to define what is meant by western. I think in this regard, the western that people defined as 'western that wouldn't sell", was that western that people thought was unsophistocated, or corny. I think that that impression came about by the way that western was sometimes marketed. In the past, western music was often referred to and marketed as "hillbilly music", and that terminology and impression gave the music and performers that image

When western is marketed properly, I believe that the westen product is an elegant product that is easy to market, and is a product that all mankind is proud of. Western is a way of life. The image of the "American Cowboy can be seen in the eyes of every little boy and every little girl." Western is a synonym of the spirit of the freedom of mankind. Western is easily marketed and accepted when it is presented in the way that Roy Rogers and Gene Autry are marketed. They are marketed in a worldly, dignified way. I think that what I am trying to share is that I feel that "western" is a way of life. It is a concept that is reflected in the essence of what a person is.

6 – You grew up in the Silver Screen Cowboy era. I’m old enough to remember playing cowboys and Indians on my bike with the neighbor boy. What was it about the cowboy/ western era that still attracts folks after all these years?
I did grow up in the silver screen cowboy era, and I think that the philosophies that were portrayed on the silver screen were teachings of a wholesome, moral way to live that in most ways exemplify what America stands for and represents in reality to the world. I think "the cowboy way" in many ways is also synonyomous with many of the good, universally accepted teachings of mankind. Also, I'd be honored if you came by on your bike.

7 – As generations going forward, what can we do to keep the history alive?
As generations going forward, I think we can keep the history alive by setting the example.
Western is the only life, way, history, action, religion, and way that  I know. Perhaps what I am saying, is that as long as there is an America, there will always be an "American Cowboy."

I want to thank Rich for taking the time to answer my questions. To find out more about him you can visit his website - RICH PRICE

If you missed Tuesday's post where I reviewed his most recent album, step back in time and give it a listen.

Labels: Cowboy, Interveiw, Out of the Chute, Rich Price, Western