In place of The Party List this week, we are remembering the Gentle Giant - Don Williams. 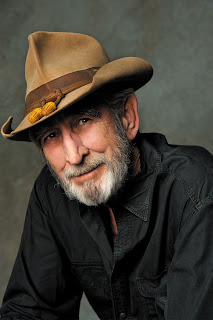 We Should Be Together was my first introduction to Don Williams. The song released in 1974. There was something about his voice that spoke to me. I was 13. As an adult, the lyrics found their own importance in my life. During my dance-hall/ bar days, Tulsa Time was one of my favorite tunes to flatfoot across a dance floor.

And now... Don Williams, The Gentle Giant has left us with only our memories of him and the great tunes he penned throughout his career.

Born Donald Ray Williams in Floydada Texas May 27, 1939 his career spanned 50 of his 78 years of life. That's one helluva run, though his career actually sparked when he entered a talent contest at the age of 3. He won the honor of First Place and an alarm clock. He was inducted into the Country Music Hall of Fame in 2010.  A Tribute to Don Williams album was released in May of this year.

I was torn with which other video to showcase. You're My Best Friend is truly the song of my heart, describing my relationship with my husband of 33 years, Bob. But I think this one is best played now.