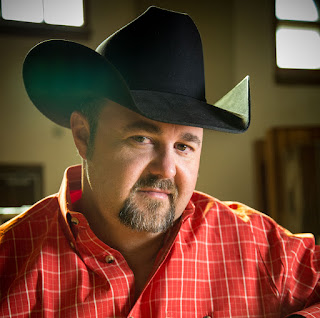 While it would be many years later before Daryle Singletary's true journey began, his course was set the day he recorded 'Your Cheatin' Heart' in Barbara Mandrell's Record-Your-Own-Voice at Opryland. Daryle recalls being twelve or thirteen at the time. (SUN interview) Daryle Singletary was pure country from day one and never strayed from that path.

“When I moved to Nashville in 1990, I left Georgia telling my Daddy, ‘I want to make my living in country music,’” Daryle recalls. “I didn’t tell him I wanted to be played on the radio every day or be on a video channel every day. I said, ‘I want to make a living playing for the people who enjoy my kind of music.’ Fortunately and thankfully, I have been able to do that since 1995."

Daryle was born in Cairo, GA March 10, 1971. Raised in a working class family, he grew up knowing the value of a dollar and the importance of family. At his passing on February 12, Daryle left behind his wife and four children... his hearts.

I've had Daryle on The Party List many times. In 2015, on the release of his 'There's Still A Little Country Left' album', Daryle partnered with the Campbell's Soup Company on a sponsored tour from mid September to late October of that year. (See CountryMusicMatters for article)

From Steve Hawkins Media - YouTube:
Steve Hawkins Media radio commercial productions for "Campbell’s Soup Free Country Concert Tour" featuring Daryle Singletary. The concerts are sponsored by Campbell's, promoting their products as well as Daryle's new album "There's Still A Little Country Left". Shows will be performed at Walmart Neighborhood Markets throughout Sep and Oct 2015. Stevie Hawkins produced, engineered, co-wrote the ad copy, and is the voice talent for three radio spots. Video graphics by Stevie Hawkins. The creative team of "The Mars Agency" is responsible for the core writing of the ad copy for Campbell's.

If there's one way for any artist to honor his memory, Daryle gives the best advice:
There are still great country songs out there. You just have to either write them or ask the songwriting community for them... and say, ‘Look, when I say country, I mean country.’

Daryle Singletary was an amazing talent with an old country soul. Whether he was singing a ballad or something a bit more up-tempo, he played for those of us who understood the heart and soul of true country music.

Sending Country Blessings of comfort to his family, and all of us.