OUT OF THE CHUTE - Adrian Johnston 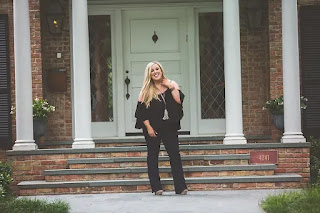 Today, we're talking with Adrian Johnston. Thank you, Adrian for taking the time to chat with me today.

1 - You’ve had a lot of musical influences growing up. Past or present, who would you most like
to have a wine and chat with?

Honestly, I have two! I would love to chat with Miranda (while drinking her wine ha!) and Shania! Shania for the old school ‘90s and big stage shows to just ask her how she did it and maintained the pressure and then how she disappeared for so many years! Then Miranda would just be laid back and I feel like we would become best friends J

2- You do a lot of Carrie Underwood covers. What is it about her music you think you identify
with?

When Carrie won American Idol I was in high school (and ended up auditioning for Idol because of her at 16!) but since she came out with her first album I always looked up to her as a vocalist! I would listen to every single song and learn all the lyrics so I could practice singing just like her! She really helped me mold my sound – since then I have sang demos for her and naturally we added some of her songs to our set (although we haven’t done them in a while!) Too, some of those older songs she did in her first few albums are written by some of the best writers today and I just loved studying the lyrics!

3 - It Takes Time is your Sophomore EP. With each new project, there is growth, which you
acknowledge. How do you think you’ve grown as an artist between your self-titled and It
Takes Time?

Songwriting was my biggest growth between my first EP and second. The first EP was half songs I had written and half of those were pitches, but even the songs I was a writer on were more writing to write not writing to say something. The “It Takes Time” EP is me. It’s about my grandmother’s house, and about how I like wine and falling in love. It’s where I truly stretched out of my comfort zone and made myself vulnerable in writing sessions and in recording! I had more of a say in the studio this time around and it was cool to see my producer (Zac Maloy) really respect my opinions and agree it was a better idea! Recording to me is always such a unique experience but having a say so this last time was surreal!

4 - You say that Damn, I Want A Love Like That stuck with you. What made the song so
memorable for you? Also, was there anything other than your performance history with
Jordon Isaac that made you think he would be the perfect partner for this duet?

“Damn” was a song that always stuck with me because of the intense lyric stack. It never gives up a breath for the singer, the lyrics are tricky so vocally it was hard to record and I got frustrated the whole time recording it but then you listen back and are like, “wow that’s badass!” The melody is so catchy! I can’t say why exactly other than the song just clicked with me. It’s in my vocal range it’s memorable and it was a challenge for me which I love!

Jordon and I met st Steamboat Music Fest 2017 and instantly clicked vocally – we sang Adele’s “Hello” and we both had the impression the other one couldn’t sing so when we did it was surprising for both of us. Since then we have done lots of song swaps together and started doing a rendition of “Fire Away” by Chris Stapleton that is a showstopper. Jordon’s voice is so strong and that’s rare to find in a guy with good vocal range and belt strength. He was the obvious choice when I was looking for duet partners for this song!

5 - You say you were ‘wholly involved’ in the studio process this time around. What prompted
your decision to be ‘all in’?

I don’t think it was a decision to be all in, I just was all in. I was invested in every song we recorded because I had written them. I was there when they were born and I had a very opinionated stance on how I heard it from day one and I wanted that to come through in the recorded session. It’s funny because I don’t know if I would’ve been able to release these songs to someone else! I always say they are up for grabs but I know I’ll need to have laid down the first version no matter what so I can get that “sound” out of my system for each song.

6-  If there was one thing you could attribute your success, what would that be and why?

Supportive family. I have the best group around me. And it’s not just coming to shows which is hugely supportive but it’s allowing me to do this crazy career and be tired and grumpy and call my mom after 5 days of radio tour. It’s helping me pay for a hotel when the gig didn’t pay what I thought. It’s coming and sitting in the studio with me and making sure I have water and coffee. It’s the little things that allow me to focus on the bigger picture and goal. Without a good support system I wouldn’t have made it this far.

7 - Your GRITS – Girls Raised In Texas tour sounds like a great ‘girls night out’. Would you
consider yourself an all-American Southern girl?  If so, what are some of the traits that are
part of the mixology?

Oh gosh I guess? Haha I’m pretty down to earth and I was raised to be well rounded! I did dance and softball and cheerleading and soccer – my dad wanted me to be in to sports just as much as my mom wanted to put bows in my hair! I also took music classes from an early age and had a very normal all-American type upbringing! It’s funny because I grew up mostly in Dallas and I thought I was southern because we had family in Centerville and would always go visit them for Thanksgiving etc. Then I met my fiancé and he’s from East Texas and talk about being shown the true country ha! I think having the balance we do is perfect and he keeps me grounded for sure.

8 -  In book publishing, editors want four books a year to keep their authors names constantly
out there. You worked on the appropriately named album, It Takes Time for two years. Do
you think there is a middle ground between authors and musicians when it comes to
releases? Are you working on your next project?

Good thing I’m not an author! It takes so long to put a musical project together, mostly because we are so picky! I’m not working on my next project yet because promoting this current EP is truly time consuming. I’m the type of musician that likes to shut away to write and record and then, once it’s released, I’m out promoting it nonstop. I can’t do both at the same time – my brain doesn’t have that much capacity. Too, there is so much more life left for this record! “Damn” is the third single off this record and I honestly think every song is single-worthy so I think it’ll be another year before I have a project started to be honest.

Thank you, Adrian. Tomorrow, I'll have a review of  'It Takes Time'. In the mean time, here's a video track feature from the album:

You can check out Adrian Johnston on multiple Social Media platforms:

You can download your copy of It Takes Time on iTunes

Labels: Adrian Johnston, interview, Out of the Chute, Texas