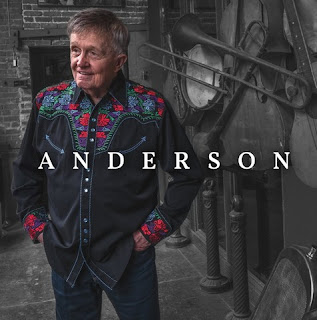 How does someone who's previously released seventy-one albums over the course of his career come up with something new? That's easy if you are as talented as Whisperin' Bill Anderson. Keep in mind that he began as a songwriter long before we were treated to his voice.

ANDERSON includes three tracks written by him as well as eight others he co-wrote with talents like Paul Overstreet, Jamey Johnson. Jamey also duets on Everyone Wants To Be 21.

At the age of 82, Bill Anderson's voice is as strong as ever though his tone has more of an Americana note that I think has always been lurking beneath the surface just waiting for a chance to shine.

People are all about upcycling things these days but I'm not sure if they think about relationships as is approached in Old Things New. Dixie Everywhere I Go is a trip down memory lane, keeping the things we love most about our roots held close. Others that follow this include Something To Believe In, That's What Made Me Love You, The Only Bible and Thankful. Tracks that step back a bit but still fit the overall flavor are Dead to You, Watchin' It Rain and Practice Leaving Town. Waffle House Christmas brings a lighter taste to the table. They've taken over a Waffle House in Nashville to film the video for this one. I'll bring you the clip as soon as it's released.

Among his many talents, Bill Anderson has an innate ability of selecting songs that create a theme.  This album is chock full of memories each of us can relate to, with a  contemporary thread tying everything together.

In the following YouTube video, Bill shares how Everyone Wants to Be 21 came about:

You can purchase your copy in the STORE on his website. 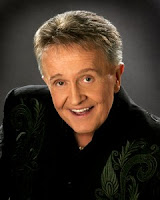 Catch up with Bill Anderson on the following Social Media locations. Make sure to sign up for his newsletter via his website.