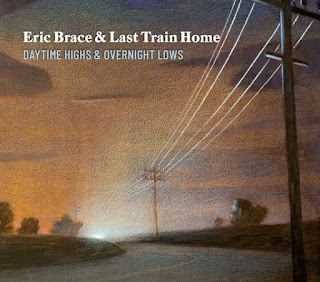 I am always happy when I can feature a recurring artist. I first introduced you to Eric Brace last February both as an artist interview and of his album Riverland. In that interview, I asked Eric what his next project was going to be after Riverland.

I haven’t thought for a moment about the next album. I’ve been too busy trying to learn the chords to this one. And that’s the truth. Many of my songs seem to be about baseball, but Thomm doesn’t understand or appreciate baseball, so that’ll be a hard sell. Maybe we’ll do a Kickstarter campaign to send Thomm to some kind of baseball school, then do a really swell album of baseball songs.

In fact, according to a recent post on the website Eric wasn't looking to release another Last Train Home album. The last one was in 2009, a compilation of six songs. They were cover tunes he'd always loved. (I'll share a video with playlist at the end of this review). Follow that website link to get his thoughts on each of the tracks of this new CD.

As I listened, I heard a familiarity that can only come from someone who I would consider a connoisseur of not only Folk and Americana music, but every genre out there. He knows how to take what he enjoys from each of those and blend them into something magical and cohesive. Eric is also blessed with close friends who see his vision and bring their own unique traits to the mix.

When I listen to this album I hear so many different influences as well as a bit of wanderlust. Not since the late John Hartford have I heard so much emotion about movement and the romance of the transportation involved, whatever the vehicle. I think John would have been a huge fan of what Eric Brace creates.

My favorite track is probably Distance and Time. I'd love to have you comment below and tell me what you like once you get the album. 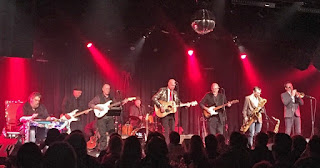 Connect with Eric Brace through the following links

In the meantime, here's the video/ playlist for the original Last Train Home.