TURNTABLE TUESDAY - Charlie Daniels - Off the Grid: Doin' It Dylan 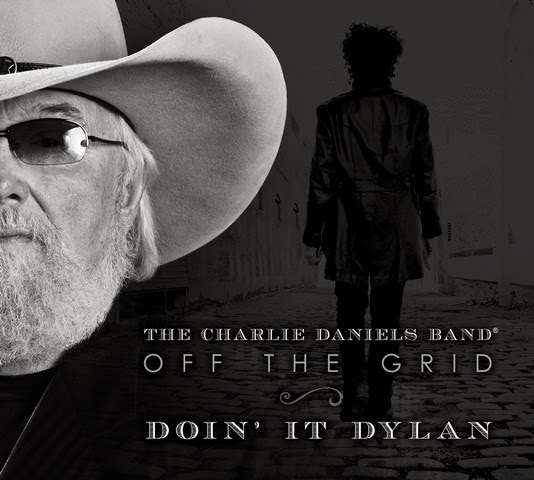 The feel of this album should not come as a surprise to anyone who has followed Charlie Daniels’ career. The ten tracks have as much his stamp as they did when Bob Dylan first released them. As a young studio musician Charlie Daniels added his touch to three of the legend’s Nashville projects. He gets the lyrics and where Dylan is coming from.

From the opening strains of Daniels’ trademark fiddle in Tangled in Blue to the final pull of the bow of Quinn the Eskimo, you are reminded that while this may be a tribute to Bob Dylan, the licks are all Charlie Daniels. At the age of 77, his voice captures the intensity of Dylan’s words with an added southern enforcement. And like the groundbreaking artist before him, Charlie Daniels paved his way through a career spanning over fifty years and crossing musical genres.

As co-producers, Charlie Daniels and Casey Wood bring us a variety of tracks showcasing a life balance. Times They Are A Changin’, Gotta Serve Somebody, I Shall Be Released and Hard Rains A Gonna Fall are as powerful today as when they were first recorded. While these songs pack a punch, they bring us a lighter side in Mr. Tambourine Man, Just Like A Woman, I’ll Be Your Baby Tonight and Country Pie.

‘To every thing there is a season and a time to every purpose’. This is Charlie Daniels’ first project since 2007 and the timing is perfect. Off the Grid is set to release April 1, 2014

You may connect with Charlie Daniels on his website or through various Social Media options: