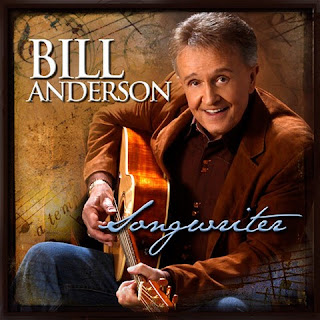 Like most of you, I've listened to Bill Anderson for years. In my opinion, there is not another voice in Country Music that comes close to the sincerity of each note Whisperin' Bill sings nor the stories he tells. But first, and foremost, Bill is a songwriter. He has this to say on the inside back of his CD cover:

I came to Nashville to be a songwriter. Not a singer, not a star on the Grand Ole Opry, game show host, soap opera performer, commercial spokesperson, nor any of the various other things that I somehow managed to become. I simply wanted to be a songwriter. And now, fifty-plus years and hundreds of songs later, songwriting is still the primary love of my life.

To me, Country Music is about telling a story. Somewhere along the line, the poetry of the art of songwriting has gone by the wayside. That is, except for the people like Bill Anderson who remember what real country is suppose to sound like.

His latest CD, Songwriter, is a perfect example. The title song, Track 8, touches only the tip of not only what a song should be about but who the songwriter is as well. I've been blessed to know some amazing talented songwriters in my life. Bill is the best of the best.

It Ain't My Job to Tote Your Monkey, kicks off the twelve-track CD in true Bill Anderson fashion..  a fun twist on life in general. The merriment continues later into the selections with That's When the Fight Broke Out. Brad Paisley joins Bill on If You Can't Make Money.

Heartfelt songs are part of Bill Anderson's repertoire and this CD is no exception. My favorite, and something my husband and I say to each other all the time...If Anything Ever Happened To You. ( a much more romantic variation on the 'Dig Two' theme by The Band Perry). PaPaw's Sunday Boots is steeped in tradition as something as commonplace as a pair of boots and Thanks To You could be for a partner as well as his fans. Some Kind of War reminds us things are not always as they seem.

As Bill says, he's a songwriter because he's the only one who knows the words and he sings about what a Good Time Gettin' Here has been.

If you would like to read a past interview with Bill Anderson, you can go HERE.
I also recommend his LIFE CD. You'll find my review of that one HERE.
LIFE is also the 'Sweetheart Deal' on Bill's website this month. 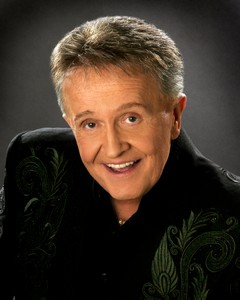 Bill Anderson loves to hear from his fans. You will find him on: WEBSITE   FB   TWITTER   MYSPACE