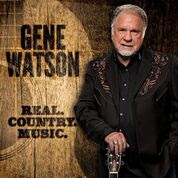 When the latest album by Gene Watson drops today (Friday, February 26, 2016), you will clearly see why he has been recording and touring for over fifty years. The rich, sultry tone to his voice still entrances his female audiences while being the true gentleman with whom guys can identify.

Reminiscent of the classic country many of us still remember, REAL COUNTRY MUSIC (produced by Dirk Johnson) delivers a magical thirteen tracks to keep you on a dance floor with that special someone or snuggling in front of a fire with a good bottle of wine.

Enough of You (Kris Kristofferson) starts out with a strings background that leads into the true Texas sound, taking us back to his roots as we waltz into an incredible album.  When A Man Can't Get A Woman Off His Mind (Bill Anderson/ Sharon Vaughn)  is like the next stepping stone along this path of classic country. And the stones continue into Help Me (Larry Gatlin) and the remaining ten songs including Couldn't Love Have Picked A Better Place to Die? (Bucky Jones/ Curly Putnam),  A Girl I Used to Know (David Ball), Bitter They Are, The Harder They Fall (Larry Gatlin), Ramblin' Rose (Joe Sherman/ Noel Sherman), A Bridge That Just Won't Burn (Jim McBride/ Roger Murrah), Ashes to Ashes (Joe Chambers/ Larry Jenkins/ Mark Sherrill), Old Loves Never Die (Dave Kirby/ Warren Rob), She Never Got Me Over You (Hank Cochran/ Dean Dillon/ Keith Whitley), All My Tomorrows (Nat Stuckey), and I'll Find It Where I Can (Michael Clark/ Zack Van Arsdale). For anyone who knows anything about true country music, you can see from the line-up these songs are from cream of the crop songwriters. Gene Watson and his team have picked the best of the best to represent REAL COUNTRY MUSIC.

For those of us who crave the simplistic story of complicated relationships served with a delicious melody, Gene Watson delivers in REAL COUNTRY MUSIC.

You can keep up with Gene Watson in the following locations: 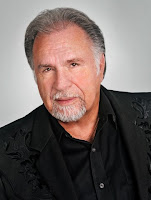