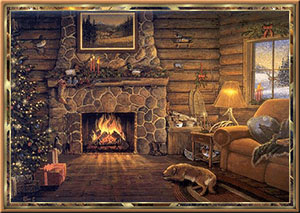 As of today, KellysCountry is on vacation until...
February 2nd
(the first installment of The Party List - 2017)

We have changes coming for KellysCountry in the new year requiring some adjustments to the sight and my physical office space.
I also need this time to regroup with family before life gets really crazy.

I will post snippets in January but nothing on a regular schedule. 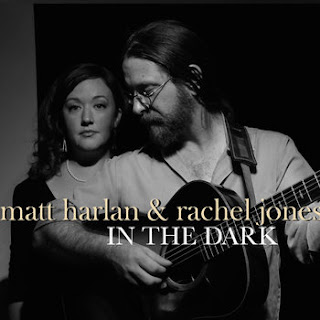 One of the things I enjoy most about Matt Harlan's music is the ease in which you are drawn to listen. From the very first chord you feel the cares of your day ebb away like an outgoing tide. You don't care about how backed up things are at work, someone cut you off in traffic or that things didn't go as planned. What you do care about is how none of that matters at the end of the day. Something Bigger (Track 7) brings this into focus.

Like their previous album Raven Hotel, the conversational style and harmonious blend of Rachel Jones' aquamarine voice with Matt's sandier tone creates a pure sound reminiscent of another time.

I had the opportunity to ask Matt about this new project:

What was your initial concept for In the Dark and do you feel you hit the mark?
We started out wanting to have an album that's a little more representative of what Rachel and I do when we play as a duo. The initial concept was just to record some new songs and keep it pretty stripped down. In that sense I think we hit the mark. It was kind of unexpected that the "dark" theme developed. I just had these new and unrecorded songs that seemed to fit together. Once we got going, I started to see how they were expressing these different aspects or impressions people have about "the dark". So, the lucky part was that it kinda hangs together in both ways: musically and thematically.

How do you feel this is different conceptually from Raven Hotel?
With Raven Hotel I was really trying to explore a variety of influences from different genres, so there's        jazz, country, rock and folk pretty clearly represented and separated. But on this one we were really going for a more unified sound where the influences are more like subtle undertones. I definitely wanted this one to be organic and see how it sounded when I played most of the music instead of bringing in a lot of session folks. We ended up getting a couple of friends to lay down some color, but it was important to have a sense of "this is just how I play it". In terms of content, it's a more poetic album I think, with fewer narrative-based songs. So there's more decoding that has to be done with the lyrics and that plays into the "in the dark" theme as well. The messages are obscured and semi-secret.


Some couples work well together, others not so much. Was it important for you that Rachel be            a force in this project?
It was very important that Rachel be a driving force on this one. Although she's been on the last two albums, we really wanted to showcase her contributions as a singer and harmony arranger on this one. She schools me on harmony parts and shows me how to sing them correctly. And of course we would disagree on how some of the music fit together, but all-in-all, we really work well together, so we're lucky that way.
Why should someone who's never heard your music before make this their first venture into              the head and soul of Matt Harlan?
One thing is I hope comes across is that we were very comfortable recording this one in ways we might not have been before. If you add that to the stripped down nature I think it becomes a good starting point since it's closer to what you'll typically see at a live show unless I'm playing with a full band. And I think it still manages to catch the dynamics between song types and topics so it's not just a bunch of folky love songs or something. Also, we finally got a good version of "Mozart", which is a song I've been trying to record on every record I've put out so far. Plus, we re-recorded a song called "Warm November". So, in a sense, there are these threads that go through the other albums back to the first, but it's also mostly new songs. Hopefully it's a classic "something for everybody" situation.

After listening to IN THE DARK, I believe that whether intentional or subconsciously, the album came together as it was meant to be. From the opening strains of the title cut to the 'drop the mic' ending of Mozart, you will set sail on calm waters at the end of a stormy day.

You can purchase your copy of IN THE DARK via the following locations:

BandCamp   iTunes
You can read a review of his earlier release, Raven Hotel, HERE.

To catch up with Matt Harlan, check out the following links: 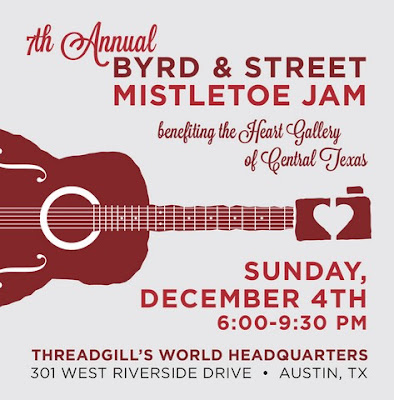 Note: Please remember to check with the venue as to whether or not there is a cover charge or ticket required for the shows you plan to attend. Also, some venues have an age restriction. Not all events take place in Texas. With that in mind I will begin listing them not only by day but by TEXAS and ON THE ROAD. With that in mind…