FRIDAY FUNNIES - Deer in my Garden

As hunting season launches across the country, I thought I'd share one of my favorites from an old friend, Kevin Weldon. I've not heard from Kevin in a few years. I hope he's still writing the crazy parodies.

Be safe out there! Bag a big one!
Country Blessings!
~Kelly

Jerry Reed was a true country comic and he put it all in song. I met Jerry not long before he left us. He was a genuine gentleman and funny as hell even when he wasn't performing.

Here's a classic! You can almost smell the stale beer and feel the gritty floor.

FRIDAY FUNNIES - Girl on the Billboard

I come from a looonnnng line of truckers. My daddy drove, two of my brothers, my older sister and my brother-in-law. My daughter owns her own permitting company. I keep a truckin' hits cd in my rig (pick up).

I thought this week, I'd share one of my favorite Trucking songs. A classic Del Reeves courtesy of Coutry Road TV

I thought since I reviewed The Dillards' new album this week, I'd share this fun track from the CD.

Thanks to Larry's Country Dinner and Country Road TV for showcasing this video from their show.

Good morning, country fans... Okay - so it's early after noon. I've been cleaning the house while I listened to the newest release by The Dillards.

You may remember them as The Darlings on Andy Griffith. I have to admit I am partial to these folks. See, they are originally right up the road from me about fifteen miles, in Salem Missouri.

I couldn't continue with this review without paying a momentary tribute to Mitch Jayne. 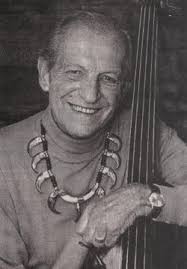 I was thrilled when we moved down here but became irritated with myself when I failed to take time to meet the late Mitch Jayne (remember the upright base player). He was also a talented newspaper columnist. Sadly, he passed away in August of 2010. (obituary)

A few months ago, Bob and I watched The Dillards on a PBS program. These folks really put on a production. The presentation isn't just about the music. When you have the chance to see them, go! You will be entertained.

Imagine my surprise when I opened an envelope from Kyle at Pinecastle Records. While I've not covered a lot of Kyle's clients in a couple of years, he always keeps me on his review list. I'm really glad he does! This is the Dillards' first album since 1991. 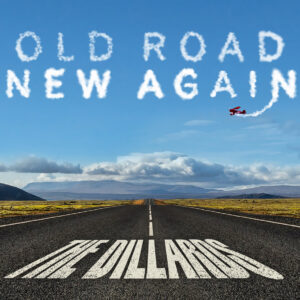 OLD ROAD NEW AGAIN is a perfect compilation of classics with a heavy shot of Bluegrass as well as new tunes, including one written long ago by Rodney Dillard and Mitch Jayne (Take Me Along for the Ride) and a couple Rodney co-wrote with his wife Beverly. Beverly also provides lead vocals and clawhammer banjo. 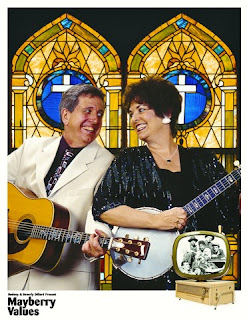 Rodney and Beverly Dillard
There is a lot to like about this album, eleven of them to be exact. Each one a perfect track blending the simple life of Mayberry with traditional bluegrass.
The Dillards brought in some of the best in Bluegrass to pull this album together. Classic bluegrass wouldn't be complete without Sharon & Cheryl White or Ricky Skaggs. Herb Pedersen (joined by Sam Bush on The Whole World Round)is featured on five tunes (including the title track). Bernie Leadon lends his vocals on two tracks and the great Don Henley three outstanding numbers.
With folks like that in your corner, you have to hit #1... it's a given.
OLD ROAD NEW AGAIN will take you back when life was simpler, you knew your neighbors and wouldn't trade a plug nickle for your life.
I'm giving this album...

Here's a video for you:
You can keep up to date with The Dillards on the following social media locations:
WEBSITE   FACEBOOK   TWITTER
Copies of this and other albums are available to listen and/ or for purchase:
WEBSTORE   PINECASTLE RECORDS   AMAZON      Spotify   AppleMusic
Posted by Kelly at 1:41 PM No comments: