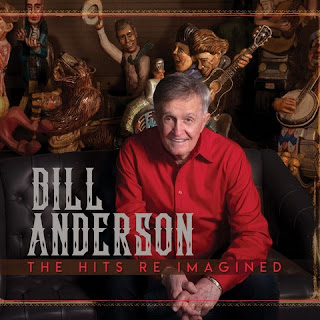 THE HITS RE-IMAGINED is jam packed of some of the best dramatic ballads ever recorded over the past fifty years or more. While not all of them were initially recorded by Bill Anderson, he has made each song his own, as if they were meant for him to record.

Bill's classic soft-spoken voice only adds to the soulful tone required of these ballads and the 'whisper' we associate with this talented artist.  This is his 73rd album over seven consecutive decades! That's an accomplishment in itself and a testemant to his passion for the country music he has loved his whole life. 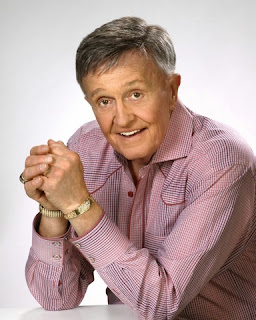 Bill said he wanted to 'go to both ends of the spectrum' for this album, re-recording some of his classic and most requested tunes as well as ones by other artists such as George Strait (Give It Away) and Whiskey Lullabye (Brad Paisley/ Allison Kraus) to name a couple.

The album was co-produced by Thomm Jutz and includes both vocals as well as instrumentals of a few of the tunes - another example of hitting both ends of the spectrum.  Jutz, a German-born singer/ songwriter fell in love with country music at the age of 11 and has spent the rest of his life as an American citizen working with some of the greatest names in Nashville. I encourage you to click his link and learn more about him.