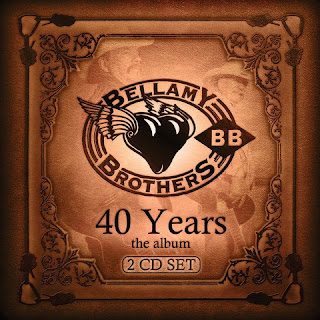 The mark of a good artist, duo or band is longevity. There is a reason The Bellamy Brothers are still putting out top notch music forty years later. Howard and David found their branding and platform long before today's marketing folks coined the phrases. Since 1976, The Bellamy Brothers have given us great music emanating from their unique sound.

In a 2008 interview I did with the guys, I commented that 'in the songs you guys did way back when, is part of what gave people the impression of the type of people you guys were, too.'
Howard replied, 'Exactly, which can be so far from the truth.... occasionally you'll get a song released that is autobiographical. It's pretty rare.'

That said, I am inclined to believe Dyin' Breed is one of those rare cuts, encapsulating who the guys are. In fact, the entire 2-CD album is all Howard and David Bellamy.... pure country. From the re-release of Let Your Love Flow (1975 initially released in Europe) to The Rock, The Bellamy Brothers deliver a continuity we have come to know, love and expect from the brothers. And in true Bellamy Brother fashion, they have not disappointed.

One of the many things that makes this album unique is in the marketing. This album has the opportunity to change millions of lives. The Bellamy Brothers are proud to partner with the Susan G. Komen foundation.  $1 for each US download of their 40 Years album (through December 31, 2016) will be donated to the Susan G. Komen foundation to further breast cancer research. From a group who have a proven track record of platinum albums, selling 1 million copies, that's a HUGE chunk of change to help find a cure for a disease that touches every person in one way or another.

The guys got together in Ft. Worth TX this summer with breast cancer survivors to film this new video as part of the partnership launch.


40 YEARS.. The Album is a journey rather than a destination... and the Bellamy Brothers still have lots of miles to cover. 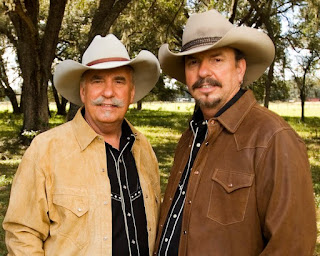 You can catch up with The Bellamy Brothers through the following channels: