OUT OF THE CHUTE - Woody Eastman 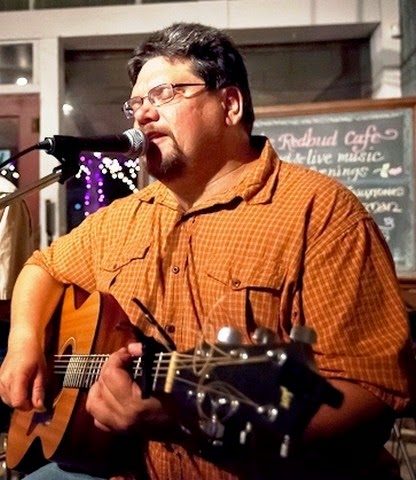 Opportunities abounded and little surprises materialized in places I never even considered during my 12-day trip to Texas. Today’s guest was one of those special treats. I’m talking about Woody Eastman.

Although Woody has been musical most of his life (he played tenor saxophone in the Pearland High School band), he did not open up the writing side until around 1981. On one hand I think, why did he wait so long while the ‘writer’ part of me says he was just racking up experience – some happy and some bittersweet. But they all make for great tunes.

The first thing that caught my attention is how such a big Texas guy can be so quiet with the most incredibly gentle voice? After having spent an evening with Woody and friends at The Badu House in Llano, then meeting him for lunch the next day I was captured  by his overall unassuming nature. I got the impression Woody doesn’t think he’s anything special, or great. He just loves what he does. He counts the late Dan Folgerberg, Shake Russell, Walt Wilkins and Mike Blakely among his mentors and idols. Of the group, the last two inspire him with their ability to paint a picture with words… to make you see what they are singing – not just hear the music. I hear a lot of Folgerberg in his style

Although I wasn’t able to hear him perform live this trip, you can bet I’m putting the option on my ‘To Do’ list for the next time I’m in Llano. Anyone care to join me?

You can find out more about Woody and his music by clicking on his name in the first paragraph.
Country Blessings!

Labels: Music, Out of the Chute, Texas, Woody Eastman