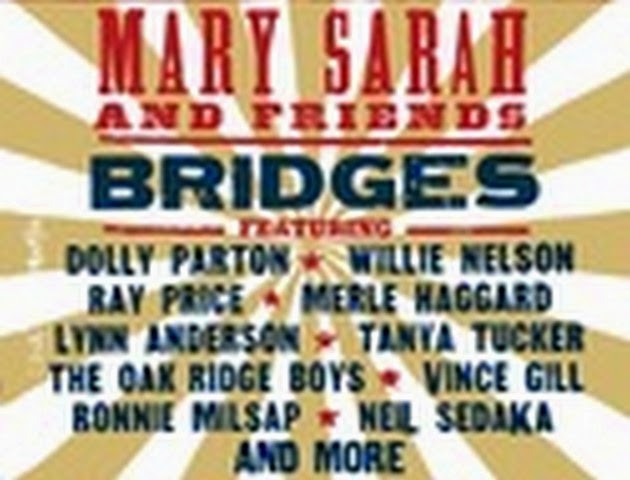 When a young artist garners the attention, admiration and support of artists such as Dolly Parton, Willie Nelson, Merle Haggard and (the late) Ray Price you know there’s something special going on.

On her debut album, BRIDGES, Texas artist MarySarah shares her passion for music while paying homage to the ones who brought her to the dance. While some artists choose to record covers or do tribute albums, MarySarah teamed up with some of her idols and staunch supporters such as The Oak Ridge Boys to let them in on the fun.

MarySarah’s young, fresh voice, showcases experience beyond her years. BRIDGES is the result of a project blending classic with old soul. While she takes the lead on many tracks, she is just as content letting her heroes shine.

Each of the ten focus tracks and the subsequent three bonus tracks reassure us solid Country Music is not dead. While I could tell you about the individual tracks, I’d rather you just picked up a copy and experienced the magic that is MarySarah music for yourself.