OUT OF THE CHUTE - Breelan Angel 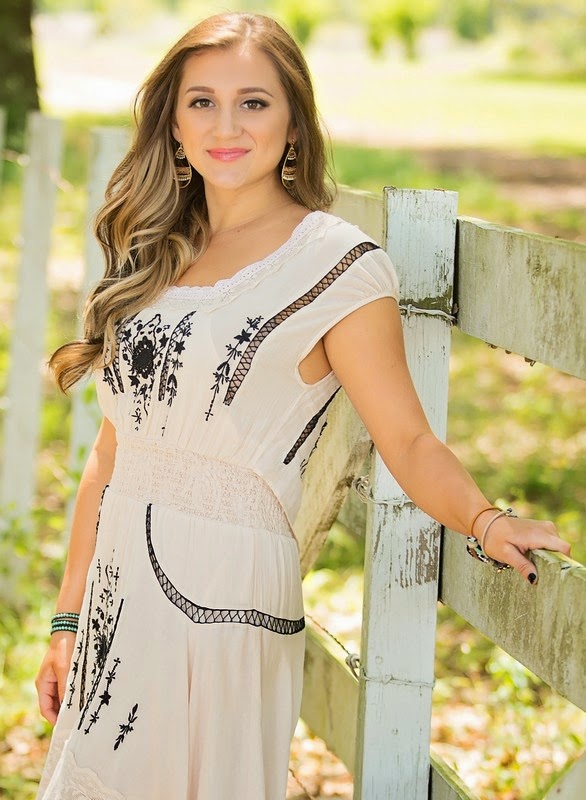 Today's guest is country artist, Breelan Angel. I first met Breelan through twitter last fall. I found her to be bright, entertaining and talented. I've waited until just the right moment to introduce her to the rest of you (though she already has an amazing amount of fans!). With the release of her album, Dirty Little Secrets, last month I decided the time had come.

Your debut album, Dirty Little Secrets, is a beautiful compilation showcasing not only your ability as a vocalist but as a songwriter.  What were you looking for in the songs you selected?

Thank you so much, I really appreciate that. I made sure that I was choosing songs I would love to sing and perform all the time. After we wrote the songs, I took them to a live show to get a feel of how they worked with the band and came across on stage by gauging the audience’s reaction. It was a testing process but, in my heart, these ten tunes just sat somewhere deep with me. It was really pretty easy to decide what I was going to record after that.

You have co-written with some of the best songwriters Nashville has to offer. What is one of the most important things you learned from working with them?

Co-writing is so fun no matter whom it’s with, whether an A-lister or someone like myself who is just getting started, there is something to learn from everybody. I’d say the most valuable lesson has been to keep an open mind and allow myself to be very vulnerable. I used to be so concerned with voicing my opinions and ideas because I didn’t know if they were going to be wrong or bad. My co-writers always pointed out that no idea is a bad idea and that one idea could spark something incredible. I learned you just have to let it all out when you’re in the middle of this kind of creative process.

Your songs portray a ‘strong woman’ attitude with a soft feminine curve. Do they portray you and what do you feel is your strongest characteristic that will benefit you the most on this musical journey?

Absolutely! These songs are pretty much exactly who I am. Although, in “Walk of Shame,” I have never gotten in a fight with anyone but am someone who would take up for my man if I felt like the situation called for it! I’m not one who is persuaded easily by others to do things I’m not sure about. You will get a lot of people pulling you in different directions in this industry and, although I will always have my ears open to listen, I will only pursue a path that is true to who I am because that’s most important in any career you are in. It’s the only way you’ll stay happy doing what you love because it’s “you.”

You have played some great venues and performed with some of my favorite Texas boys. Who would you most like to open for on your first major tour?

I would have to say my choice would be with George Strait or Miranda Lambert. Of course, George would have to go back out on tour again but those are at the top of my list for people I’d love to play with!

You stated in a previous interview you would love to co-write with Miranda Lambert. What do you think about your two styles would mix best?

I think the fact that she has no problem speaking her mind is probably one of her most admirable traits. I’ve never been one to hold back so I feel our co-write would definitely be an entertaining one! Every album is always so fresh and different than anything else out there on the radio and the songs themselves push a button in some way or another. Loretta was one of the first females to start singing about “unspoken” topics, which paved the way for females today, and I see Miranda having that same effect on today’s country music.

One of the things that irritates me when I listen to a new artist is they seem to gasp for every breath between lines. You have amazing voice control. I know you’ve worked with a vocal coach. What do you feel was the most helpful for you about that experience?

When I first got started, that person gasping was me! Taking vocal lessons for several months, before I even stepped foot onto a stage or into a studio, was monumental in getting my professional career started. It was great that I immediately started with a vocal coach because I wasn’t allowed to start off my career with bad habits. I still struggle with making sure I’m breathing properly and getting the air that I need to perform at my best. To this day I still take voice lessons on a weekly basis. I know no matter how good you can get at something there is always room for improvement and that’s key in this career and any career.

One reviewer stated that When you think of females in Country Music from Texas that are leading the way, who comes to mind? Miranda Lambert or Kacey Musgraves most likely. Do you think the fact y’all are from Texas has anything to do with it? And what is it about Texas music in general that seems to be coming to the forefront of Country Music?

I think this just happens to be more of a coincidence. They are both very strong and independent females and those are two key components in making a name for yourself in this industry. It may have had to do with being raised in Texas but that doesn’t necessarily mean that only strong independent females come from Texas. Look at Carrie, Taylor, Jana, they are all outspoken women who have something to say for themselves and they have the confidence to do it which is very admirable.

As far as the music coming from Texas, I think people are starting to realize more and more that there is something to appreciate about both mainstream country and Texas country. Each has its own unique style as far as the writing and production goes but, at the end of the day, it’s all for the love of country music. Some will like one more than the other and that’s okay. I grew up on both and, for me personally, it’s definitely been a blessing.

More and more artists are going independent. What is your strategy for keeping your music (and yourself as an artist) true to who you are and not what others may see you as being?

The only way I’m going to enjoy what I do is if I’m performing songs that I believe in and love. If I’m not happy with the material because it’s not who I am, then I’m not giving my audience what they deserve and that’s essential when connecting with your fans. They want to know “you” and that’s what I intend to give them regardless of what anybody else wants or says.

To find out more about Breelan Angel and keep tabs on what's new, you can visit her website and social media venues.

Labels: Breelan Angel, Out of the Chute